If he can’t figure out the simplest spells, how is Quinn supposed to impress Cate in the wizard contest?

The first three HOP-D cases in one.

They’re set on solving crimes. But can this paranormal dynamic duo trust humans fearful of their gifts?

Fernlight is certain her sprite-ly powers will be the key to a successful detective agency. And partnering

with the fiercely loyal fairy Bramble should mean they have the skills to bridge the gap into the human world. But when their first client turns out to be from the department intent on blaming supernaturals for every unsolved crime, they both smell more than a rat…

Magical folk are being taken. Can Fernlight and Bramble find the answer before magic is turned into a devastating weapon?

A new case and a new team get in the way of solving a friend’s murder. Bramble and Fernlight are desperate to stop whoever is kidnapping magical folk but can’t find a clue.

A mysterious woman is following the team as they investigate. Is she responsible or is she trying to stop them?

A new victim killed with magic. A missing politician. An old case that won’t stay solved.
For a fairy and a sprite, using magic to solve crimes is the right thing to do. But now, magic isn’t working. Something is blocking the spells that would reveal the crimes. Humans can’t do magic, so crime is now part of the magical community. 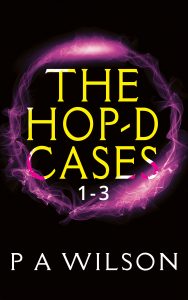 This website uses cookies to improve your experience while you navigate through the website. Out of these, the cookies that are categorized as necessary are stored on your browser as they are essential for the working of basic functionalities of the website. We also use third-party cookies that help us analyze and understand how you use this website. These cookies will be stored in your browser only with your consent. You also have the option to opt-out of these cookies. But opting out of some of these cookies may affect your browsing experience.
Necessary Always Enabled
Necessary cookies are absolutely essential for the website to function properly. This category only includes cookies that ensures basic functionalities and security features of the website. These cookies do not store any personal information.
Non-necessary
Any cookies that may not be particularly necessary for the website to function and is used specifically to collect user personal data via analytics, ads, other embedded contents are termed as non-necessary cookies. It is mandatory to procure user consent prior to running these cookies on your website.
SAVE & ACCEPT

Sign up for your free ebook, announcements, and newsletter

We value your privacy and would never spam you